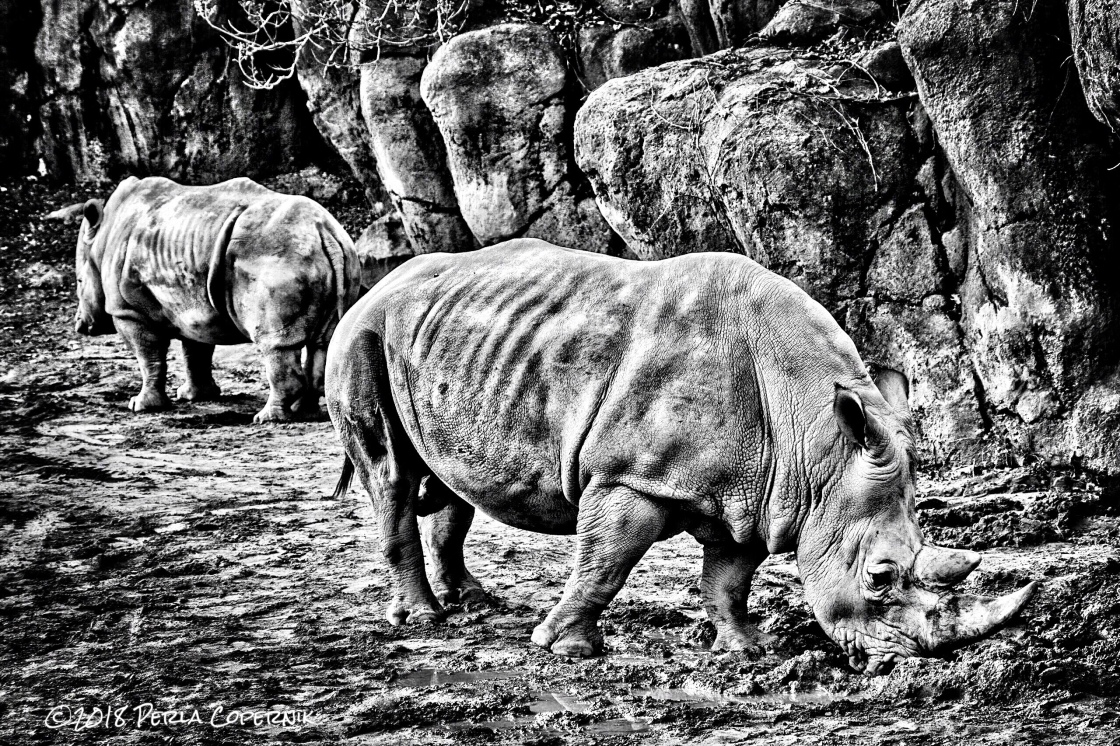 I’m not medicine: The race to save the five extant species of Rhinoceros

“Only when the last of the animals, horns, tusks, skin and bones are sold, will mankind realize that money can never buy back our wildlife.”

It was the passing of Sudan on March 20, 2018, the last male Northern white rhinoceros (Ceratotherium simum cottoni), in the world, that prompted this post, it was a very sad day for me and I imagine for many conservationists and wildlife lovers as well. So I decided to write about this because we should not be the only ones that care about this unfortunate milestone, everybody should.
Seven years ago when I visited Kenya I wanted to see and photograph as much wildlife as possible. It was a fabulous trip from every point of view but I came back home with some disappointments, for example, not being able to see a Kori Bustard¹ in the wild, not seeing as many cheetahs as I was hoping and expecting to see, and most importantly, not being able to see even one rhinoceros. My guide told me that there were only three rhinos left in Kenya, and it was a long trip, and we didn’t have any assurances that we were going to be able to see them. At the time I did not know that he was talking about the last three Northern white rhinos of Sub-Saharan Africa!  Had I known that fact I would have probably made the trip.

Today there are only two female Northern white rhinos left on the planet, one is Sudan’s daughter, which is infertile, and the other is Sudan’s granddaughter, which can’t reproduce without another male or the help of artificial insemination. This means that once these two females are gone the northern white rhino will disappear forever joining a fast-growing list of animals and plants that have been obliterated by us, humankind.
Despite the fact that humans have the scientific name Homo sapiens sapiens, sapiens meaning wise in Latin, there is no wisdom in the way we are treating our planet and all the creatures we share it with.
In the last 500 years too many species have gone extinct directly or indirectly because of us, either through the introduction of non-native species into their habitat, or through habitat destruction and exploitation, and worst of all, hunted to extinction. Some of the species gone forever in the last 300 years or so include the Dodo bird, the Great Auk, the Passenger Pigeon, the Tasmanian Tiger, the beautiful Quagga, Equus quagga quagga, a subspecies of the Plains Zebra that lived in South Africa, and the Western black Rhino, among many others.

Yep, you read that right, we already have one subspecies of rhinoceros the Diceros bicornis longipes, gone forever, and unfortunately it will be closely followed by the Northern white rhino with only 2 animals left, the Javan rhino which has already disappeared from Vietnam and has around 65 animals left, and the Sumatran Rhino with less than 100 animals left.
Why should you care?
Rhinos and its ancestors have been an important part of several habitats for almost 40 million years. Besides being charismatic herbivores, they are considered an umbrella species. An umbrella species is as a species with large area requirements for which protection of the species offers protection to other species that share the same habitat (Noss 1990; Simberloff 1998). Thus, protecting an umbrella species should theoretically save an entire suite of sympatric species with similar habitat requirements (Simberloff 1999).

On this planet, all creatures are linked through complex webs that we call ecosystems, and when one creature suddenly disappears, it will inevitably upset the entire ecosystem.

I’m not going to get into the evolutionary history or the biology of the rhinoceros, you can get wonderful comprehensive information on several well-respected websites including the World Wildlife Foundation (WWF), Save the Rhino, and the Internationational Rhino Foundation. There is also a very comprehensive text about the family Rhinocerotidae (Rhinoceros) from the Handbook of the Mammals of the World Volume two.
The major threat to these wonderful animals is human greed and ignorance. These amazing creatures are constantly massacred victim of the illegal wildlife trade fueled by consumer demand for its horn. Most of these horns end up in Vietnam where criminal networks grind them up and use them to prepare traditional “medicines” that supposedly help boost libidos and “cure many diseases” like cancer. This is a lie perpetuated by the criminal networks involved in this barbaric trade. Even worse is what happens in China where rhino horn is a sign of wealth and more often than not it ends up in art and antique markets acquired as an “investment” purchase by the growing middle class. According to the WWF, Rhino poaching levels hit record highs in 2015, when poachers slaughtered at least 1,300 rhinos in Africa.

Not everything is bleak though, there are wonderful stories of recovery of some rhino species like the Greater One-Horned rhino (Rhinoceros unicornis) also known as Indian rhino, which has gone from endangered to vulnerable thanks to the efforts of the WWF. Another example is the amazing comeback of the Southern white rhinoceros, which in the 1900s was the most endangered of the world’s five rhinoceros species. At the time, less than 50 Southern white rhinos remained in one reserve in South Africa and thanks to the effort of several organizations, today, the Southern white rhino population has increased to around 21,000 individuals. This is a great example that if people care enough, we can do it, we can take care of our planet and help protect the future of humanity. Unfortunately, it might be too late for the Northern white rhino.